The festival of science - European Researchers' Night is anually organized event throughout Europe. The ERN is the largest of its kind in Slovakia as well as Europe, bringing together people and researchers in 300 cities in about 30 countries on the last Friday of September. This year´s edition will take place on 24 September 2021 and you can look forward to 15th anniversary of the science festival in Slovakia.

The main aim of this festival is, above all, to familiarise the general public with science and research. The program activities are designed to bring research out of laboratory and into the city centres, shopping malls, cafés, clubs or museums. The public can try out the latest technologies and instruments under the guidance of scientists, participate in experiments, competitions and quizzes, watch demonstrations and simulations, exchange ideas and party with the researchers.

The project was initiated by the European Commission in 2005. In Slovakia, the European Researchers' Night has been organized since 2007 and is funded by the Horizon 2020, the biggest Research and Innovation EU programme, within the Marie Skłodowska-Curie actions.

The event is traditionally  held in five Slovak cities - Bratislava, Banská Bystrica, Žilina, Košice and Poprad and features more than 1,600 researchers from all scientific disciplines and is attended by nearly 160,000 visitors, 72,000 of them young pupils and students. Thus, the Slovak edition of the festival is one of the largest in terms of number of visitors and scientists taking part.

The festival is organized by an experienced consortium: SOVVA (the Slovak Organisation for Research and Development Activities), SAV (Slovak Academy of Sciences) EurActiv.sk and CVTI (Slovak National Centre of Scientific and Technical Information).

The exhibition presents the most interesting research findings in Slovakia as well as notable Slovak researchers, who have also been successful abroad owing to their research. Main types of activities are - hands-on experiments, demos, simulations, science shows, debates, discussions, chats with researchers, lectures, guided tours, science shows, stage happenings, science party, stargazing, discussion with astronomers, exhibitions and various competitions. Beside the scientific programme there is spectacular show, cultural programme and a lot of accompanying activities.

The most interesting findings of Slovak science are presented by leading Slovak universities, research institutes of the Slovak Academy of Sciences as well as representatives of innovative companies supporting research and development activities, non-governmental organisations and institutions working with children. The visitors can admire their work and have  unique opportunity to communicate with scientists and researchers face to face.

The project naturally raises noticeable interest of Slovak media as well as the interest of politicians and the regional government. Participating in the project has become a matter of prestige for scientists. More and more of them want to get involved in the project and present their work. 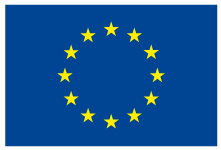 This project has received funding from the European Union’s Horizon 2020 research and innovation programme under the Marie Skłodowska-Curie grant agreement no. 101036038.